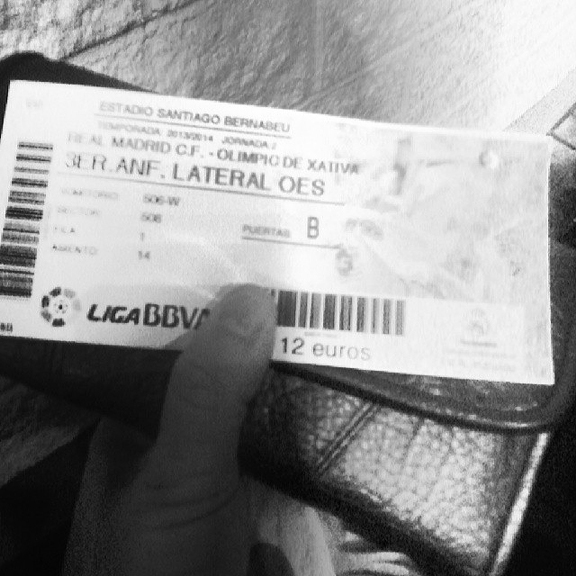 Almost two months ago (I honestly can’t believe it was that long ago!), I took the Bernabéu stadium tour and then shared all of my Real Madrid feels. Last Sunday, while out exploring Madrid, my friend Melissa sent me a text asking if I was interested in attending the Copa del Rey match. Tickets were cheap and she knew I hadn’t yet been to a match. Naturally I jumped at the chance to finally, finally watch the club that helped me fall head over heels for football and she purchased the tickets.

Because I’m me, I was almost late for the 9:30 kick off, crowding onto the metro with the crush of other Madrid fans and cursing the three flights of stairs it takes to get out of the metro stop. I breathlessly met Melissa before we joined the crowd heading into the stadium. It being a Copa match against a third division team, the stadium wasn’t full by any means (hence 12€ tickets), but the crowd still managed to be fairly impressive and I was actually surprised with how loud they managed to be most of the time. (Madrid fans aren’t exactly known for being the loudest, most supportive fans, unfortunately.) 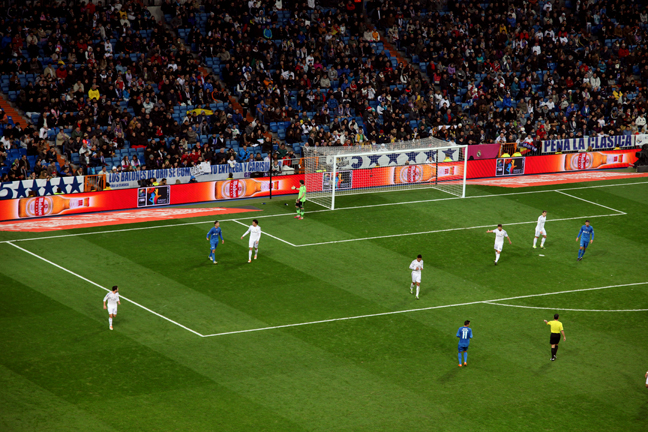 I took my 70-200mm lens in with me, but we ended up being a little higher up than I figured, so even though I tried, photos still ended up not as sharp as I wanted. One day, I would love to be those guys you see sitting on the sidelines there, with the freaking big lenses. #oneday 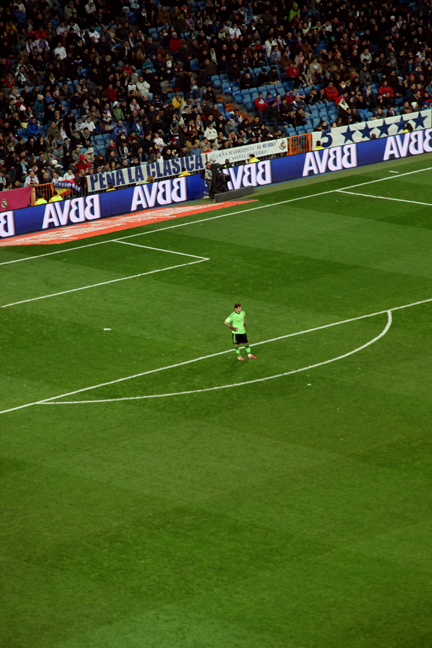 I honestly don’t know how to explain how it felt to finally watch this club play.  I didn’t even really get excited about going until I was amid the crush of people on the metro heading to the stadium and then once I had my ticket in my hand, it just all kind of hit me and I forgot how to breath for a second because it was actually, finally, really happening. I’ve loved sports my entire life.  With parents like mine, I didn’t really have a choice. My mom played rec basketball, my dad hockey. I’ve played on soccer, baseball, volleyball, basketball, curling, badminton and track and field teams.  I’ve been to Roughrider games and Jays games and spent weekends on cold benches in local hockey rinks watching pucks zoom down the ice and tensions rise, fists get bloody and players exited from the rink. But for me, watching football is different from watching any other sport. I get this big rush and a hit of adrenaline and I just….I love it. I’ve had the fortune of watching two of my other clubs, Toronto FC and Saint-Étienne, play  as well as that time I hung out in Sweden and got to watch Malmö FF play (the starting place of some guy named Zlatan) and also watched some women’s football when I saw France vs. England at UEFA’s Women’s Euros. And that ASSE match will probably forever be one of my favourite matches, but this, this is Real Madrid. The club where it all started for me and the Bernabéu, the stadium where legends have been playing for decades and finally being able to be there was….amazing. (The only thing that would have made it better was if we still had my favourite player (Mesut Özil) on our team. #canthaveitall 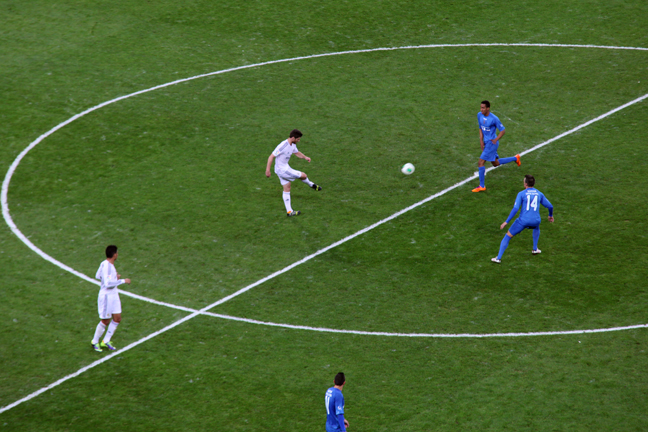 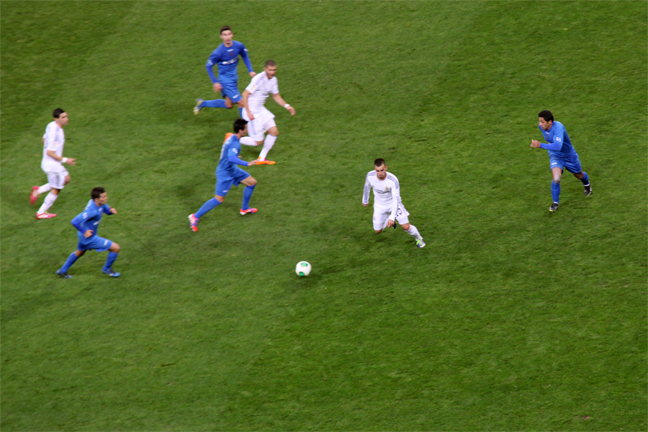 Though, even if I won’t get to see Mesut here, I did get to see some of my other favourite players come on (for this Copa match we had fewer senior players on the pitch. Matches like this are good for younger players to get more playing time and more active players then get a break, which was why I didn’t get to see either Cris or Sergio play. Clearly this means I need to go back 😉 ). Benzema, Xabi Alonso and  Iker Casillas all ended up being on the pitch and I will never not be opposed to that. 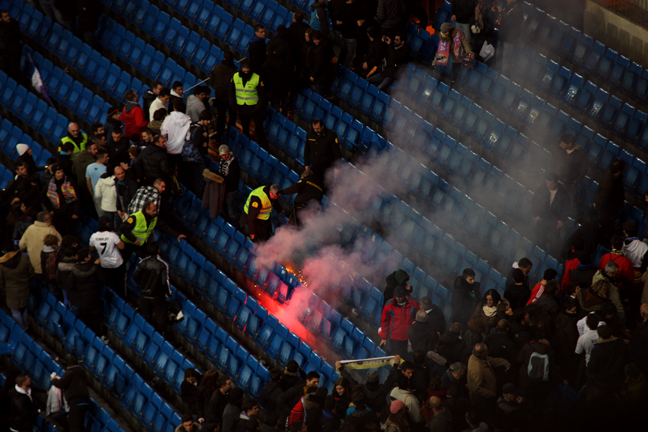 Of course, there always needs to be someone who does something dumb and just before we left, we caught sight of the police climbing over seats trying to put out flares that fans had lit before exiting. Though, definitely not as exciting as some matches have been known to get. And that’s me and my ridiculously excited self in a half empty stadium after a 2-0 win. Plus I arrived at the bus stop in time to catch the last bus home. All in all, not what I would call a bad night. 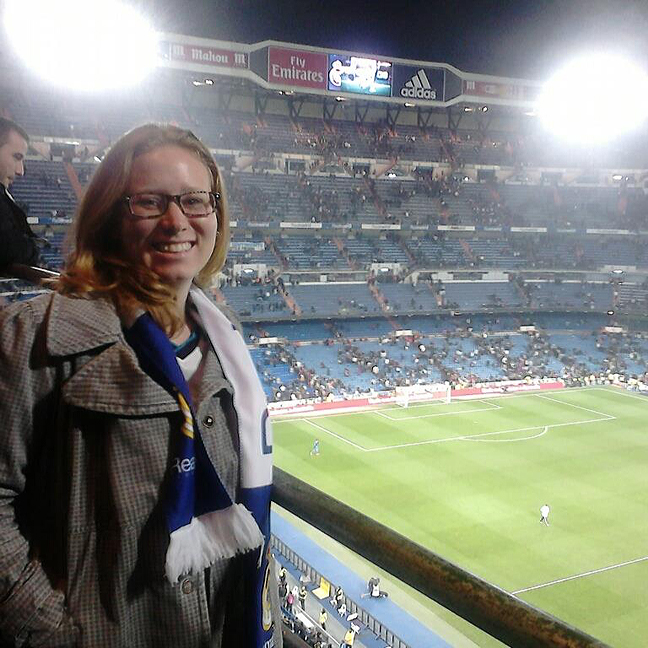 * Once again, title comes from this. BECAUSE IT IS BEAUTIFUL AND FLAWLESS.

+ Can sports influence birth rates?– (Pretty sure there was a bit about that in Soccernomics as well.)
+ 50 DIY Gift Ideas – (Because there’s still time.)
+ Homemade fudge – (I want to make this on Monday with the kids.)
+ Get a new magazine. Every month. – (THIS WOULD BE SO NEAT!)

2 thoughts on ““Real Madrid are words that I still do not know how to express.””