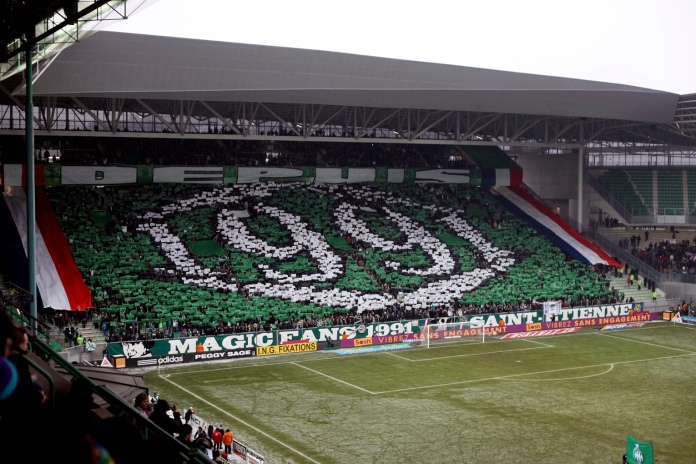 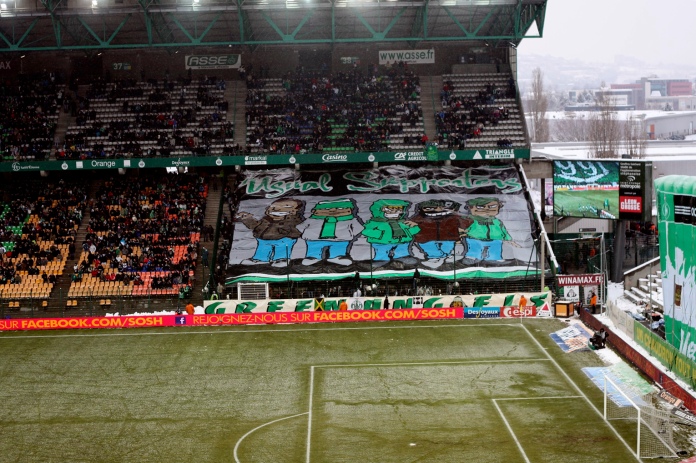 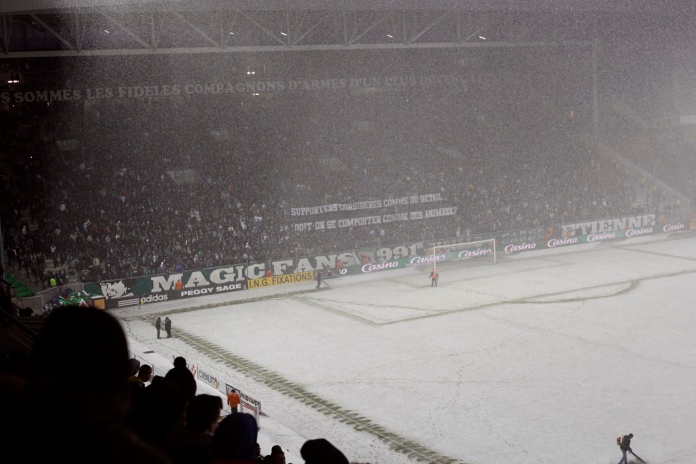 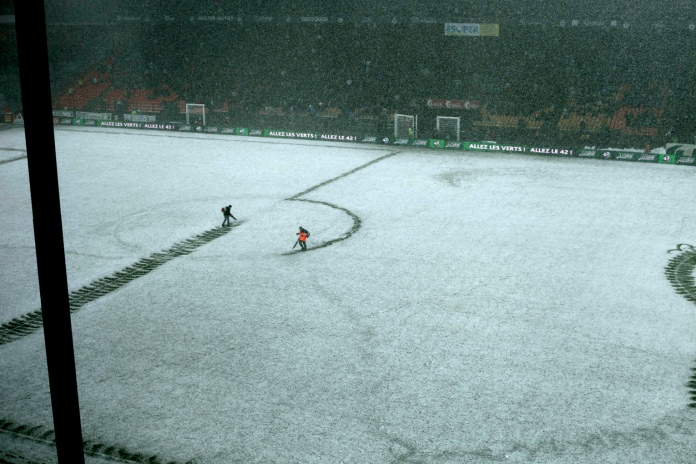 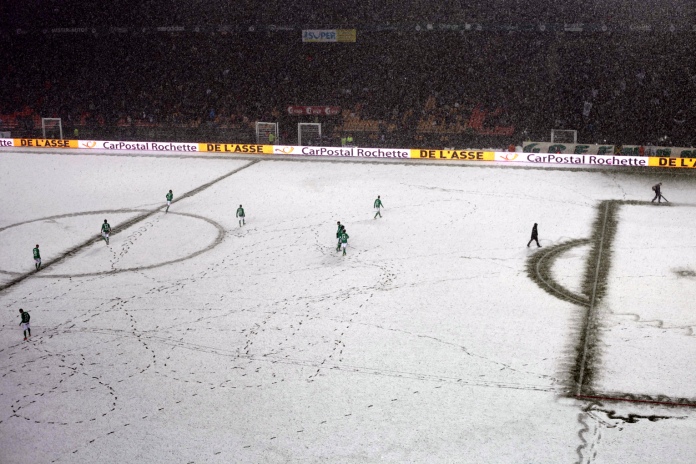 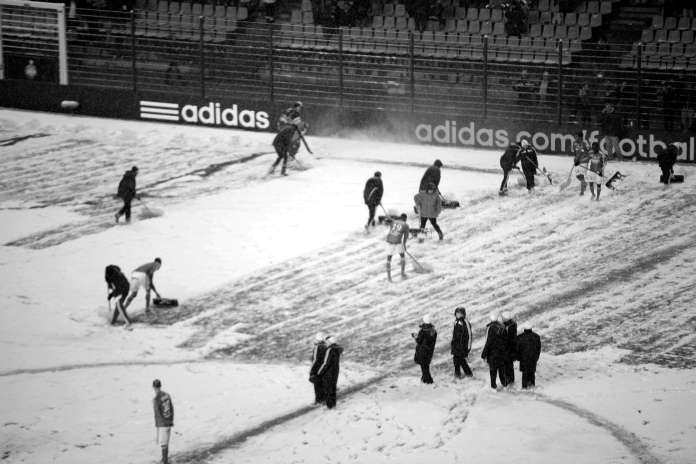 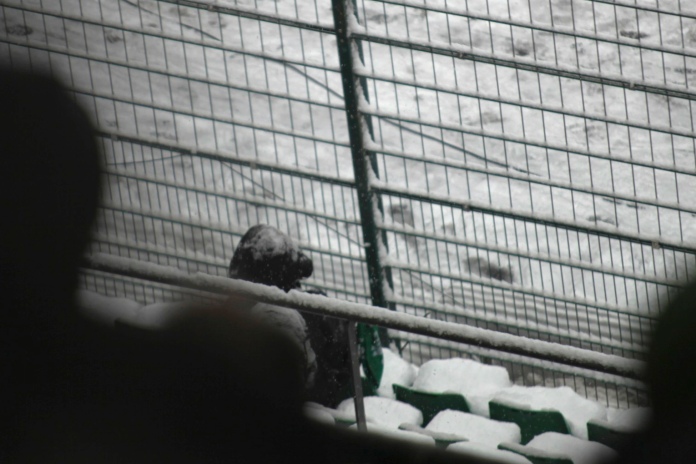 So day two in Lyon was actually not in Lyon. Rather we took the noon train from Lyon to Saint Étienne (and that train is located all the way at the back of the station, in no man’s land). We had tickets to the Saint Étienne vs. Montpellier match and, naturally, it started snowing as soon as we hit the city.

We found food and then ambled onto the street, following fans in their scarves and their faces painted. We joined the stream of people heading to the Stade Geoffroy-Guichard stadium and figured out where our seats were. Thankfully, we were under the overhang.

Because then it started to snow.

I’m from Canada. So snow doesn’t really faze me all that much. But this was a lot of snow. So much that they delayed the match for thirty minutes and shovelled the pitch. We’re talking players and coaches and men in suits. Shovelling the pitch.

The fan in the last picture was my favourite. That part of the stands aren’t covered, but he sat there, for over 120 minutes, in the snow, waving his scarf.

+ This advice – (Things we don’t have to justify to others.)

+ This video – (Because it perfectly describes how I feel.)

2 thoughts on “We are Invincible”