Honesty time: I actually had this one put together before I did my World Cup .gif post, but figured I’d wait until the football season started up again to post.  (That feeling of having a post waiting in queue for months at a time is weird you guys.) But! Since the season has started up again, here we are!

Whenever someone starts talking about how their club is, ‘the people’s club’:

END_OF_DOCUMENT_TOKEN_TO_BE_REPLACED

Ah, the end of the World Cup. That madness inducing event that sends you through a month of emotions you weren’t really sure you could have for a sport but now you feel like you’ve just been through the wringer and don’t even want to think about looking at a football. (At least for another two weeks. Because: preseason.) Unless you were supporting Germany and then may the party continue!

Every time another match when to extra time:

END_OF_DOCUMENT_TOKEN_TO_BE_REPLACED

Since we’ve made it half-way through the World Cup, I couldn’t resist putting together a .gif post about it. Since this is the World Cup that keeps on giving and has been a refreshingly surprising one at that. This is a bit of everything that’s happened in the last two weeks and I’m planning on doing one at the end for the final two weeks and the guaranteed madness that will need to be summed up.

END_OF_DOCUMENT_TOKEN_TO_BE_REPLACED 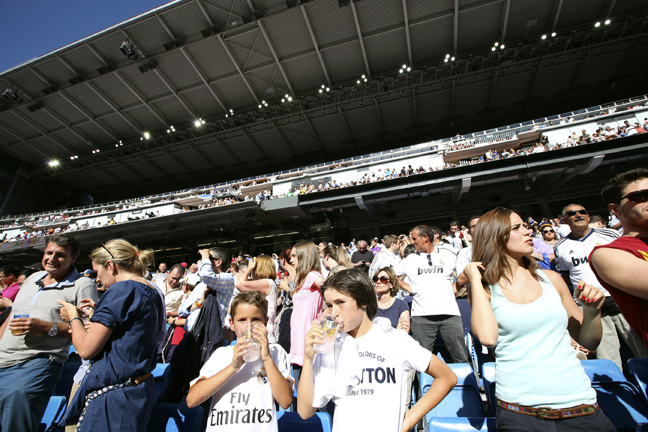 As these things go, this post was actually supposed to go up last Thursday to celebrate the World Cup kicking off. Because what better way to celebrate football than well, football? (Answer: there is no better way.)  But then I got distracted by football and you’re getting this post a week after the event and several days after this absolutely crazy World Cup we’re having so far (Netherlands – Spain anyone? Or how about that utter dismantling of Portugal that Germany cooly handed out? That last minute goal by Switzerland kept my pretty much dismantled bracket from becoming a complete train wreck, so that was a bonus). It’s also a little bittersweet for me because this is/was the last time I’ll be watching a match in the Bernabéu, at least for the foreseeable future. It seemed kind of fitting that my last visit would be to watch the Corazon Classic and having a chance to see some of the greatest players, not just of Real Madrid, but of football, in general, take the pitch.  END_OF_DOCUMENT_TOKEN_TO_BE_REPLACED 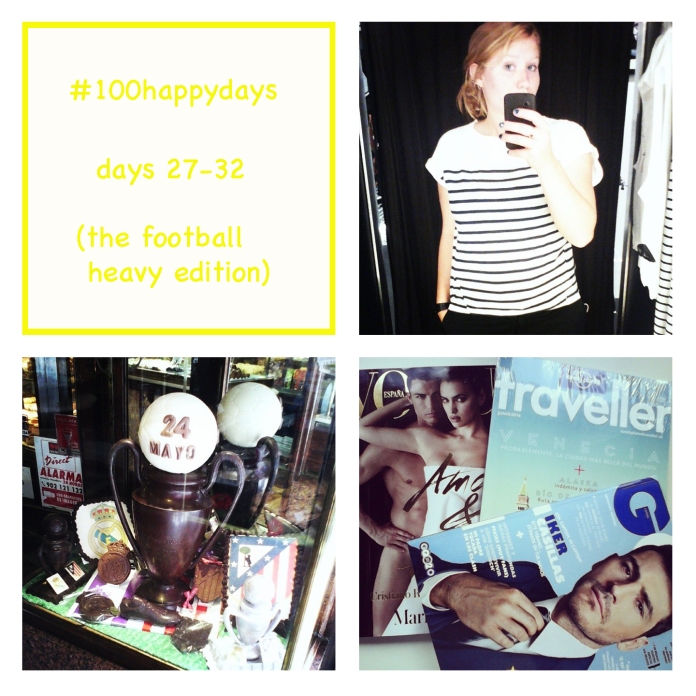 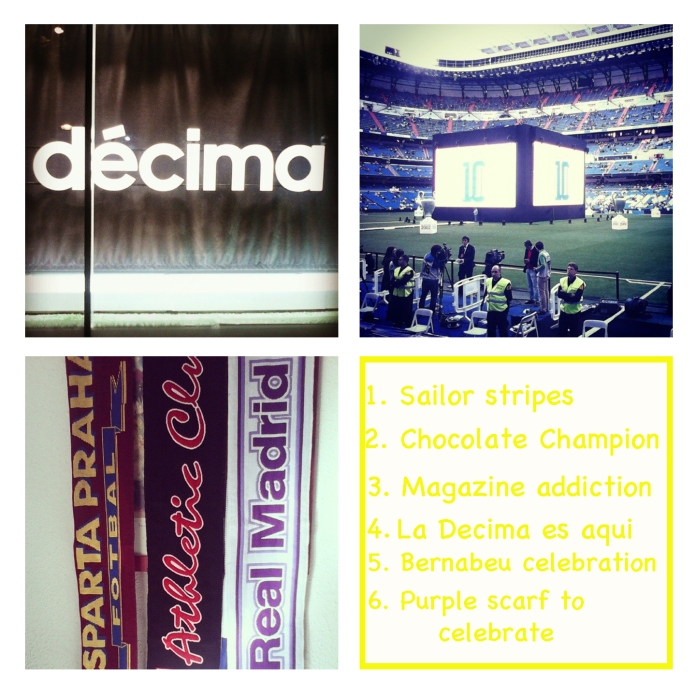 This was all from last weekend, but it was absolutely amazing and I couldn’t resist putting this together. Most of my weekend was spent either thinking, reading or breathing football. Except when I was trying on striped shirts because, c’mon, variety! Melissa and I watched the match with thousands of other people at the Bernabeu on Saturday evening, all of us holding our breath, getting excited with every forward attack and then groans of disappointment all in unison as we continued to watch our team be unable to score. Until the last minutes of added time, the 90+3, when Sergio Ramos headed the ball into the net and…..you guys, the stadium exploded. People were on their feet, some fell over because got up too quickly, the stadium roared and I just remember it taking a second and then not being able to stop the excitement, that knowledge that, “Oh my goodness, this is happening!” Then Bale scored and there was that renewed feeling of, “This is going to be ours.” Then Marcelo scored. And Cristiano Ronaldo had his penalty and….there’s just something about being with a large group of people whose feelings perfectly match yours, even if it is over a ball being put into the back of a net. Then Sunday evening we headed back to watch the celebration and, again, just being with so many people who are as excited, as passionate, who get this feeling threatening to spill out of you, that’s something special. I also bought myself the purple scarf because you know: winning a big trophy deserves presents, eh?