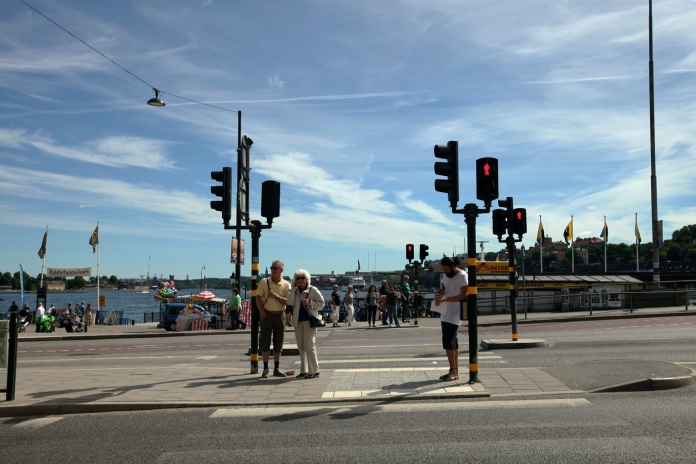 After a full day in Copenhagen, we headed back to Lund, made lunches for the next day, called a taxi, packed our bags and headed to bed. Our train the next morning had a 5:25 departure and we arrived in Stockholm at 9:40 and we started exploring. Unfortunately, the place we rented wasn’t available until after 16:00, which meant that we ended up walking around Stockholm with our backpacks firmly on our backs.

Stockholm is a city spread over 14 islands and since we were only there for 24 hours, we had to figure out how to see the most of what makes Stockholm Stockholm with the limited time and resources that we had. The great thing is that all the islands are connected and you have several options for island hopping. There are bridges, so you can walk, drive or bike across all of them, as well as ferries that you can take from one island to another. For the most part we walked everywhere we went, with the exception of a ferry ride when it was time for us to collect our keys.

We ended up sticking around the places I’ve showed on the map: Norrmalm, Östermalm, Djurgården, Gamla Stan and Södermalm. They’re very popular places to visit, which was great since the map we got contained those islands, plus a few extra places we didn’t end up having the time/energy to visit. 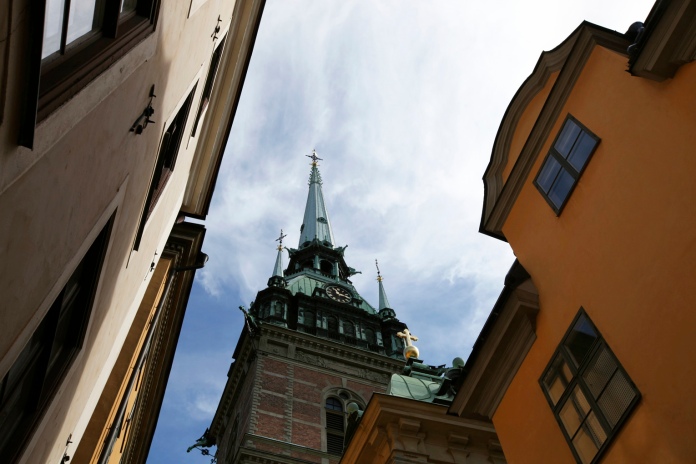 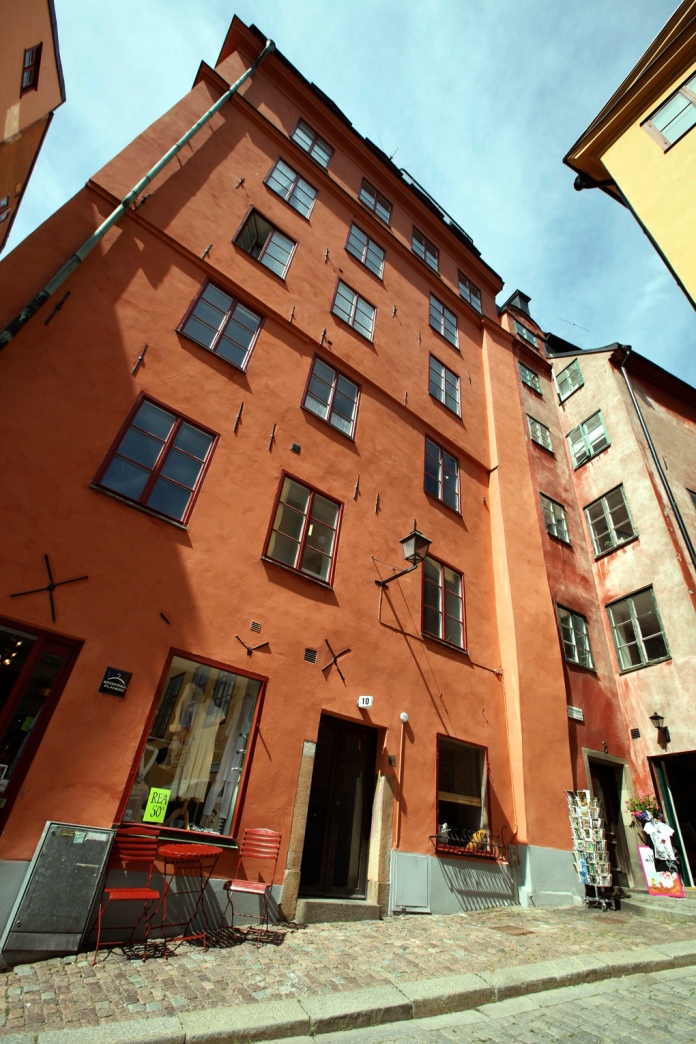 I don’t actually think we went into a tourist information centre while we were in Stockholm, only because I don’t have a bag full of random Stockholm related papers. Which is odd, because what I do have is a Stockholm map, which is normally found at such places. For those of you doing the potentially smarter thing, there are three in close range of each other (and the super tourist-y stuff): two in Norrmalm and one in Gamla Stan. 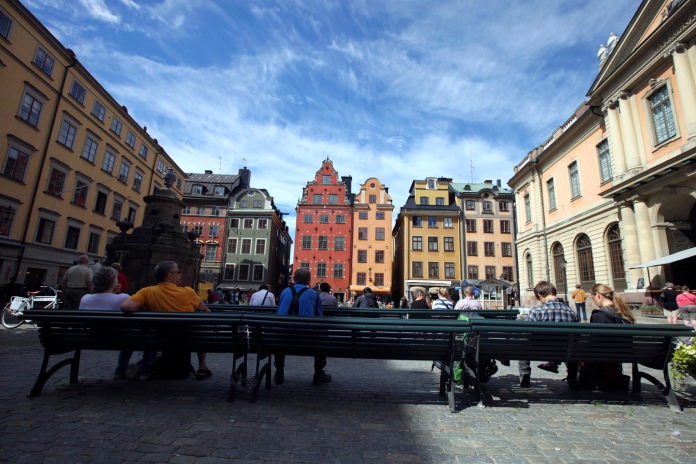 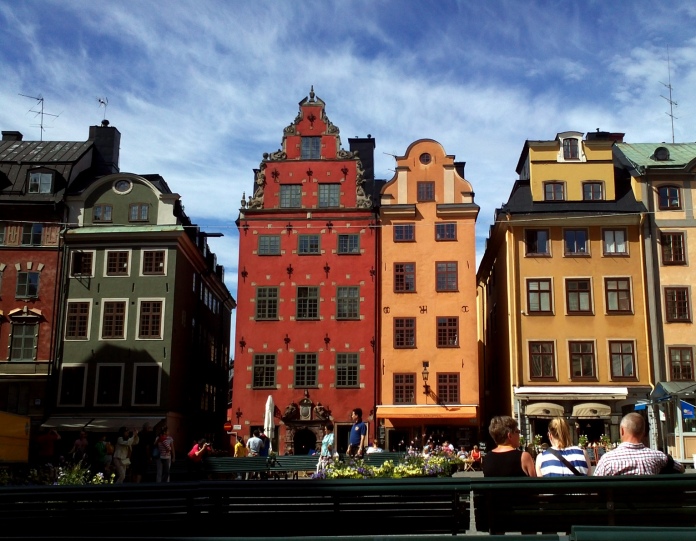 This map doesn’t have the great 3 hour, blue footed tourist path that Copenhagen did, but we did end up passing by quite a few of the big things to see that are indicated on the map. Unfortunately, we didn’t get as much ‘done’ as I would have liked, owing to sore feet and backpacks. Most of our time was spent wandering around the shops in Sodermalm, Gamla Stan and then looking for a computer and printer in Norrmalm. (Which is when I remember stepping into the tourism office, actually.) 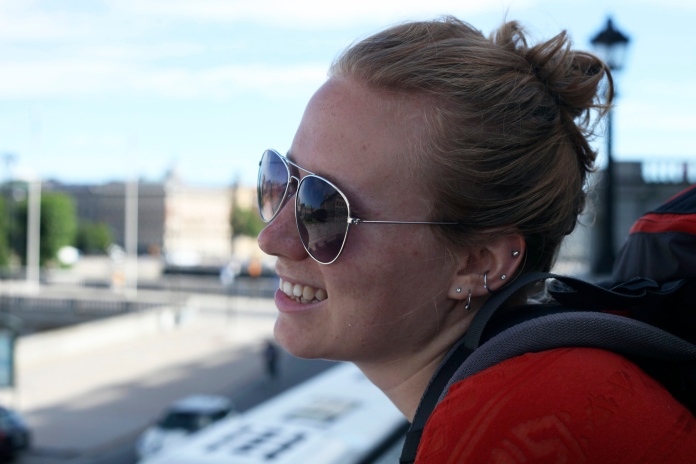 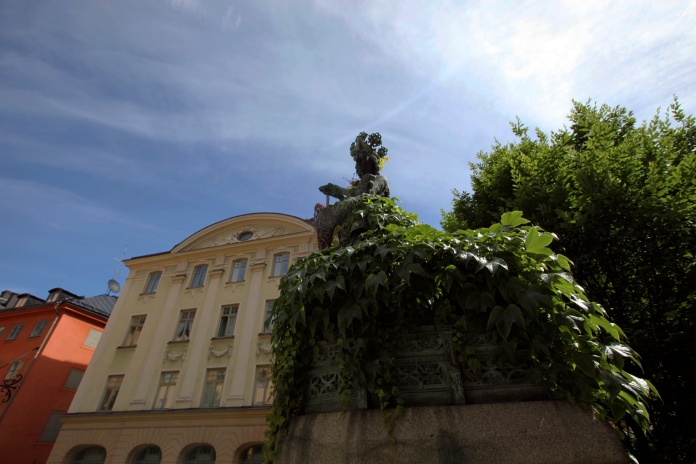 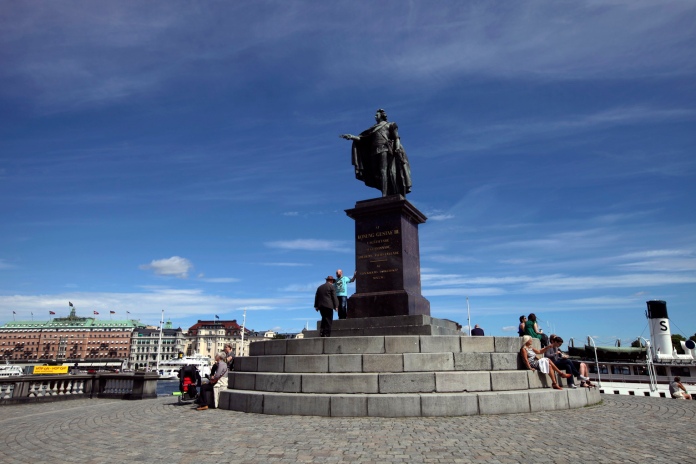 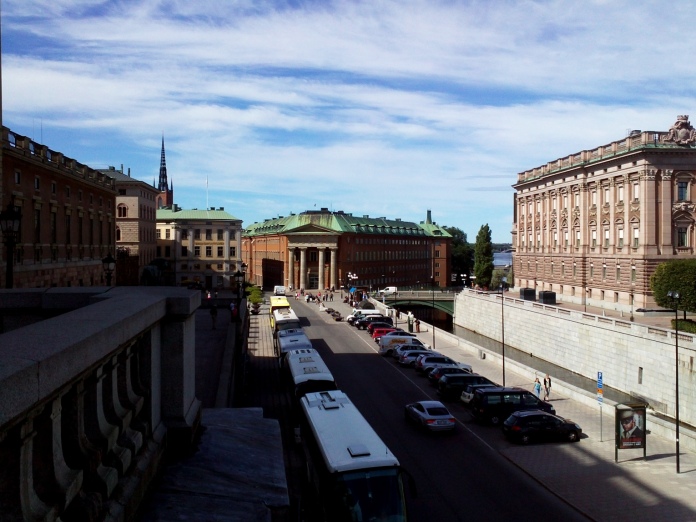 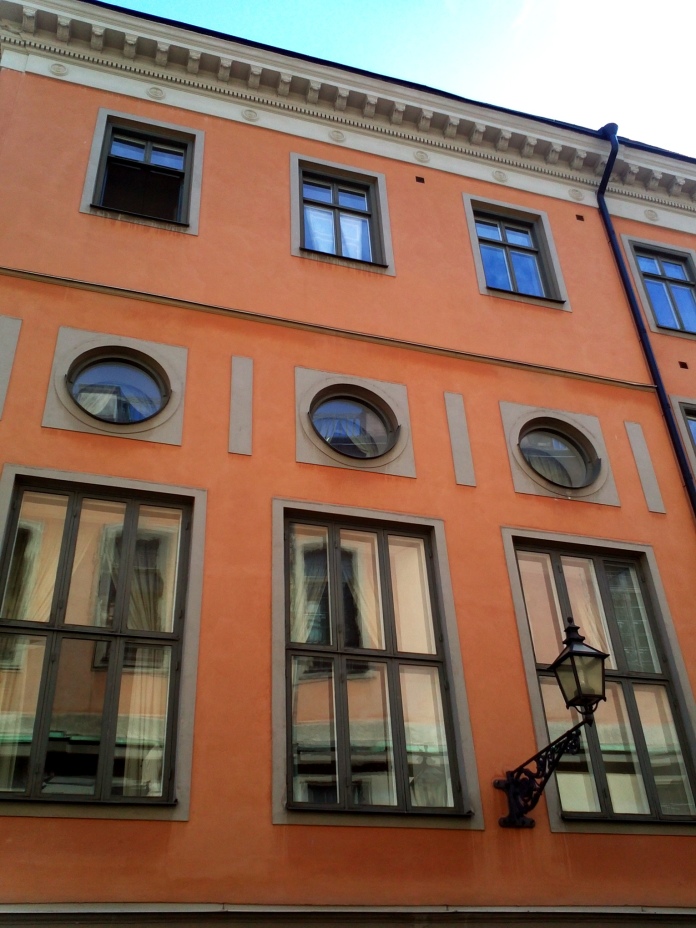 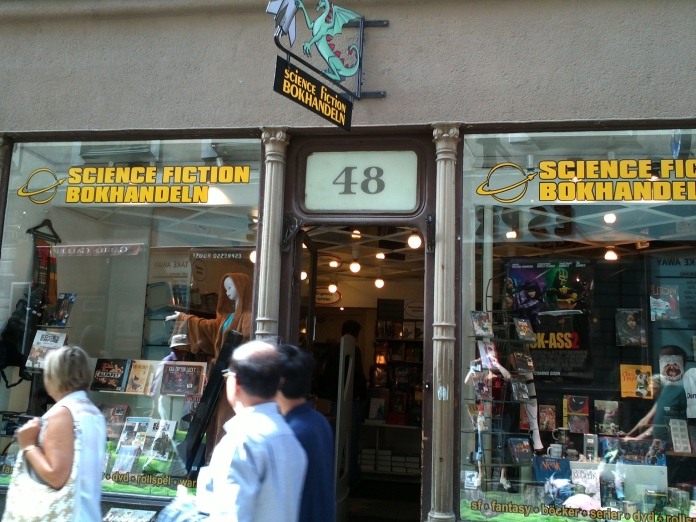 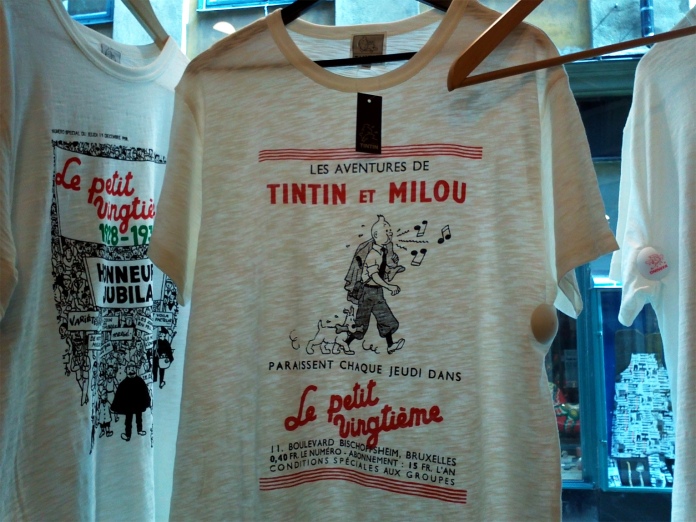 One of my favourite things about Stockholm was how nerdy it seems to be. We ran across several stores packed with comics (in several languages, which was great), video games, sci-fi and fantasy books. There was also an abundance of Star Wars, Star Trek, Harry Potter, TinTin, Bones, etc figures and fan things. There were a great many things that I put on an imaginary wish list and really want, but, unfortunately, don’t need. 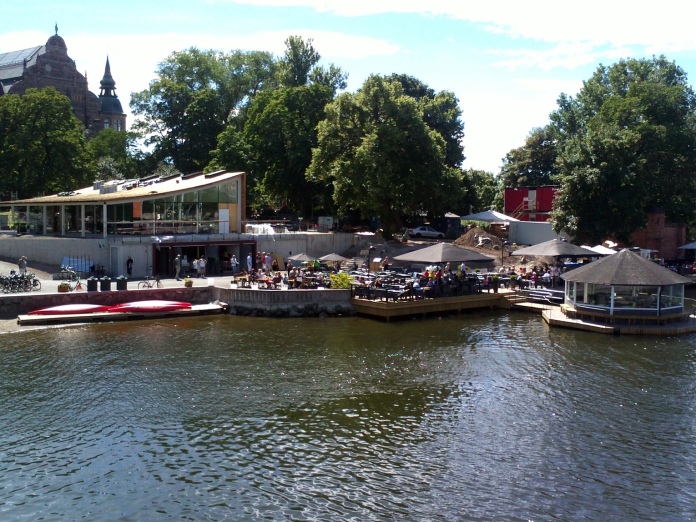 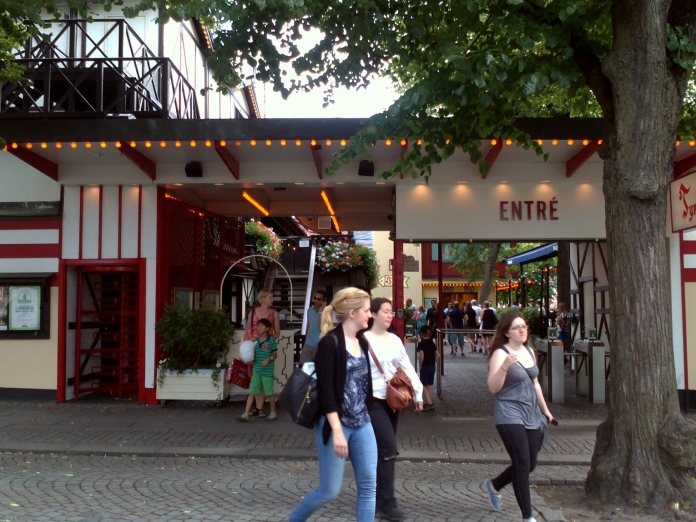 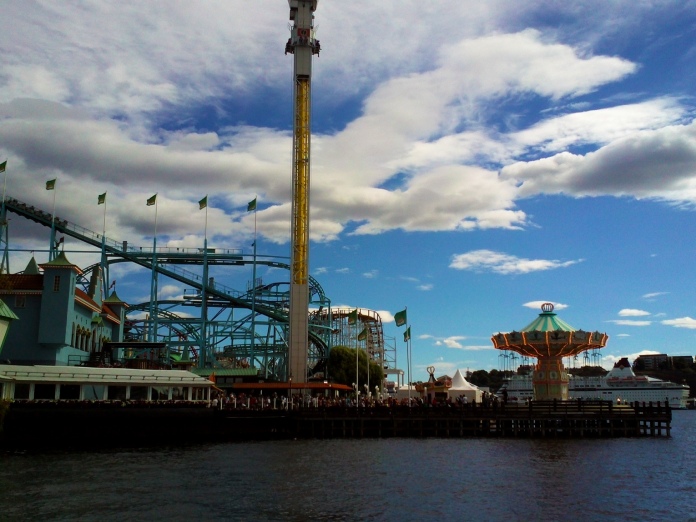