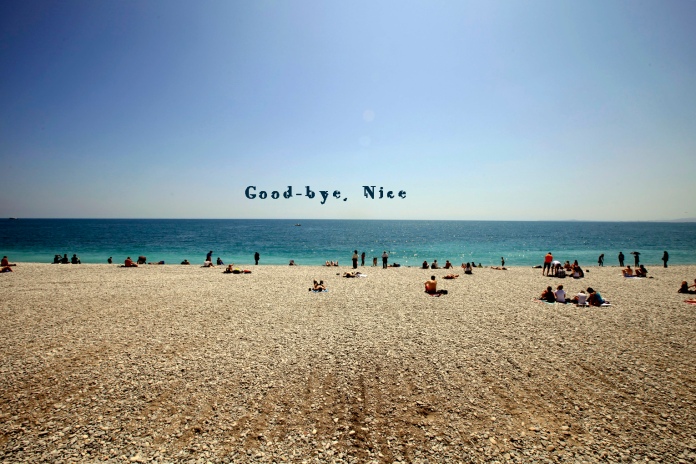 Can we talk about the beach? Just for a few seconds and then we can move on to another topic, if you really want. When you think beach, or rather, when I think beach, it’s sand next to a body of water. The sand doesn’t have to be gorgeous and white and fine and the things that ads are made of. But Nice completely ignored that memo or they were out for coffee or thought the world was going to be inhabited by giants and that the rocks they put on the beach would look like sand.

On the other hand, it could be glass. Besides, with rocks, you don’t get that awful issue of having sand find it’s way everywhere. Plus, people do pay for those hot stone massages, which, on a hot day, is what that feels like. 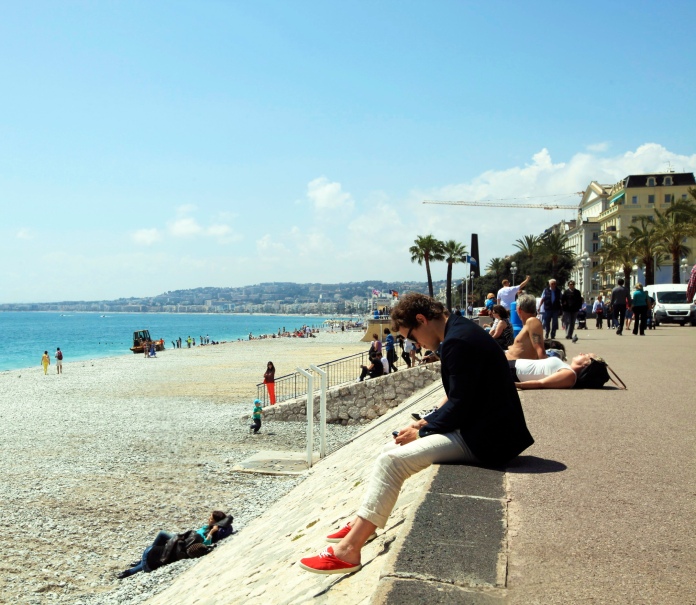 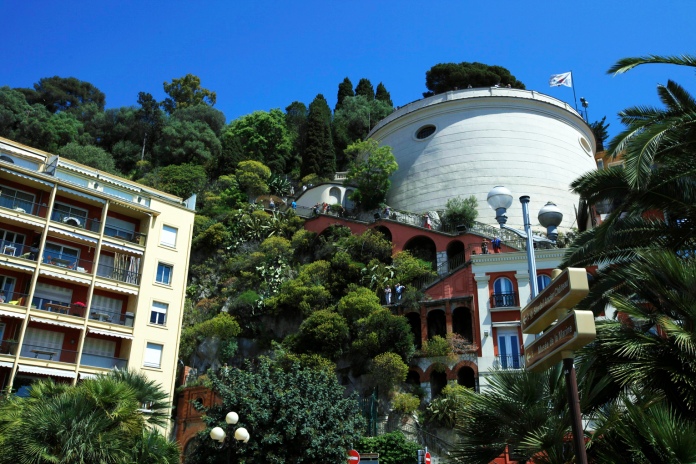 The only really tourist-y thing I did while I was there was climb up the old castle. Which, considering I was trying to break in new shoes, might not have been the best idea as I ended up having to take the elevator down as quarter sized blisters had appeared on the back of my heels. 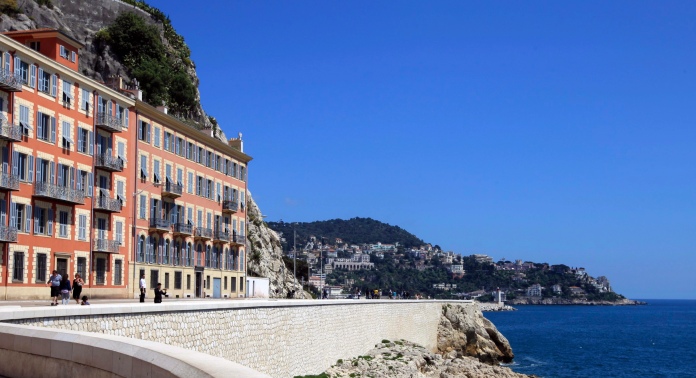 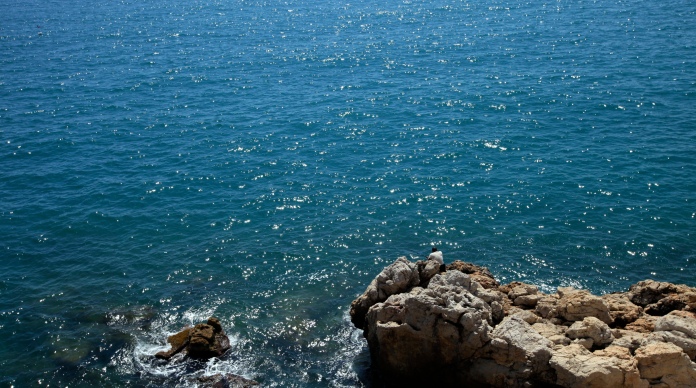 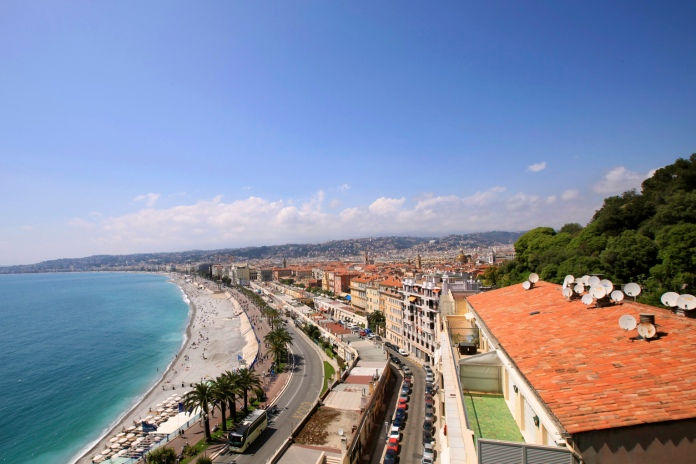 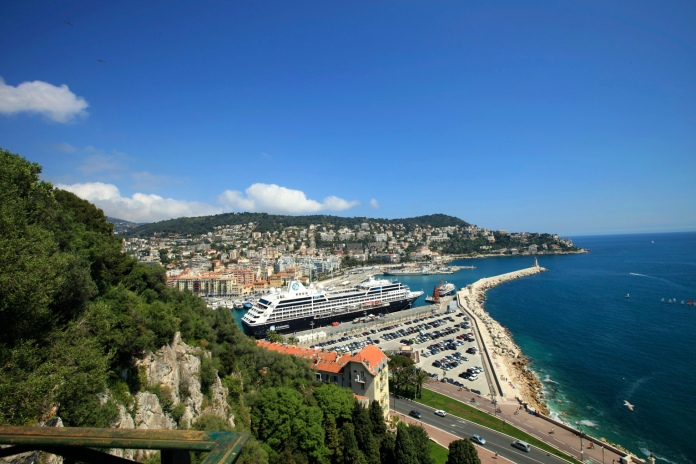 was so, so worth those nasty, evil, painful blisters. 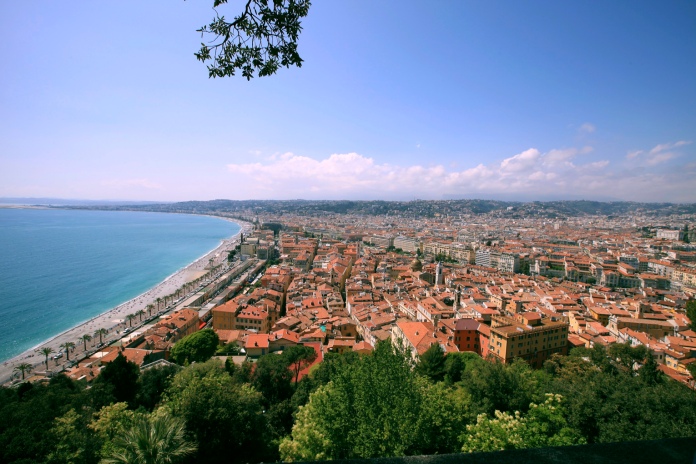 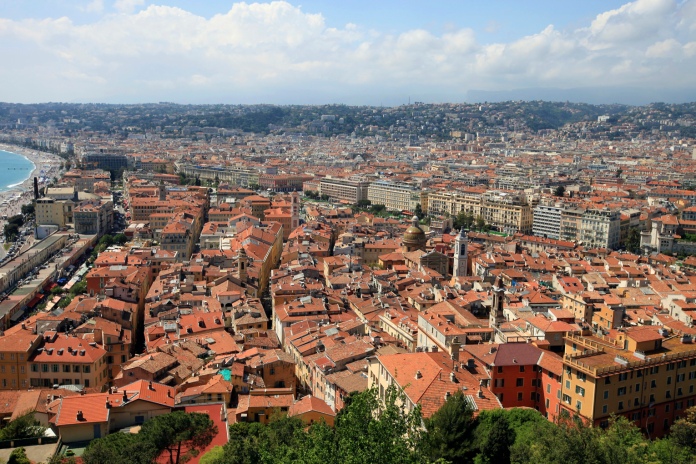 I was quite lucky that the weather held out the entire time I was there. I woke up to sun, with a hint of wind every day, the people I met at the hostel were beyond welcoming and kind. My last night I decided to give up my bed and stayed up talking to people who had done so many interesting things, first over cheap bottles of wine and then, later one, over mugs of hot tea. I finally gathered all my things and took a (quiet) taxi ride to the airport with a couple at 5 am. Which, as tired as I was, it was interesting to see the city pass by, dark and slowly, calmly quiet, unlike how I had arrived. And so, it was all first circle. At least until I visit next time. 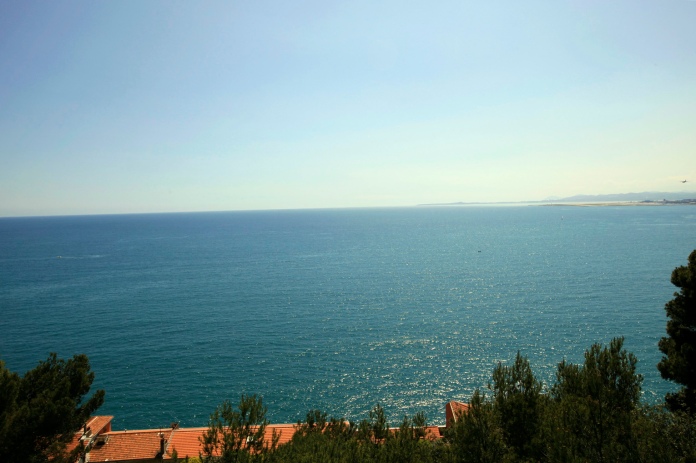 + This playlist – (Because after a week of rain since coming back, the sun is finally out and this reflects that.)

+ This site – (Could it be any more relatable?)

+ These rompers – (All of them. Or, almost all of them. I may, potentially, need help.)

One thought on “Good-bye, Nice”