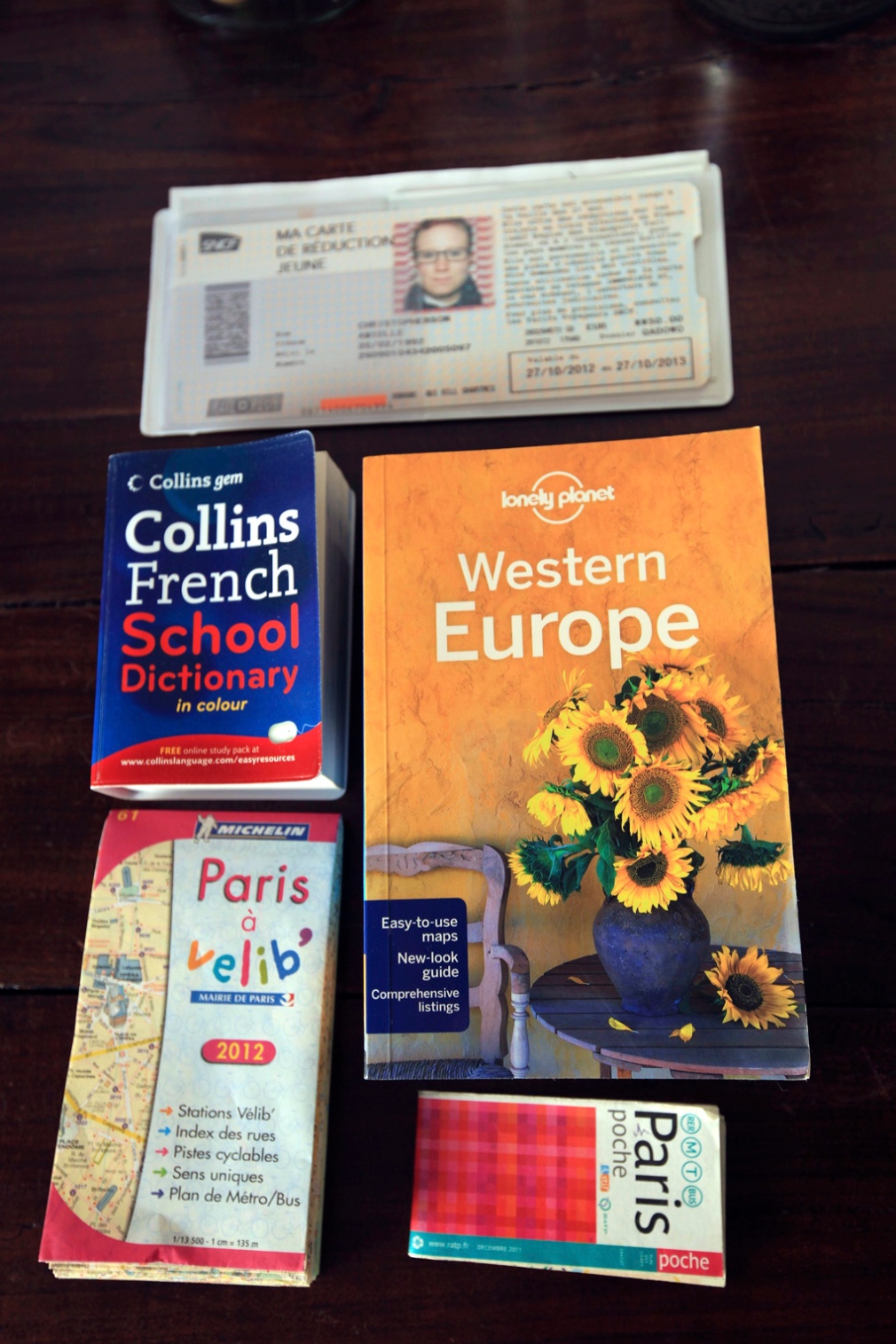 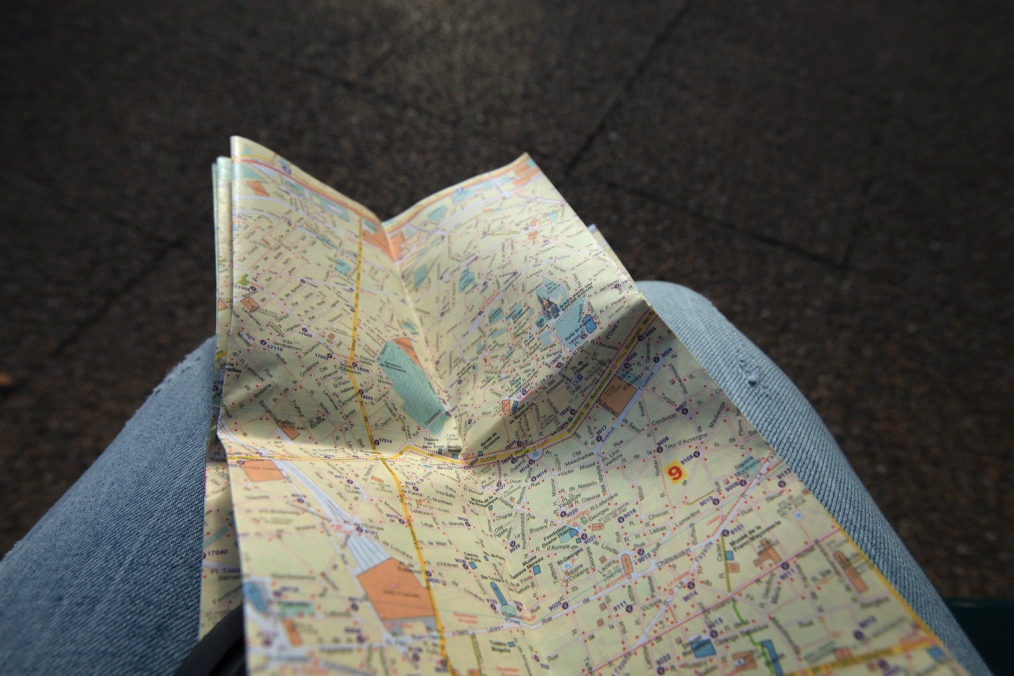 I know, it’s been a week since I posted. But, I have a good reason. See, I went to Paris this weekend. Yeah, I have the ability to just you know, amble up to Paris. For the weekend. That’s a thing, that I get to do.

I went old school with a guidebook, map and a pocket metro guide. (I was kind of forced to since my phone stopped working, but still, I did it.) I stayed at St. Christopher’s Inns, which while was a.) slightly further out of the way than I wanted and b.) in a kind of sketchy part of the city, the hostel itself was absolutely amazing. My standards for hostels have officially been substantially raised.

The first stop was Sacre Coeur (you can find it on my map in the last picture) where I: got caught by a tourist trap in the form of a bracelet,  wished that I had my longer lens (except that thing weighs 1390g and that’s a lot to haul around when you’re walking) and then shot video of the guy with the football on the ledge. (I tried finding Moulin Rouge after but there’s only so much not lost-ness I’m allowed per day and by that point I’d used up most of my quota. Decided I’d save that for my next trip.)

Also: that was the first time since getting to France that I’ve had anything that resembles a proper breakfast. I have missed them so much.

+ This article – (We were always told to stay away from unnamed sources.)

+ This bar – (I went Sunday night to watch RM play. The bartender is a Frenchman who speaks English accented English and likes NFL football. Figure that one out.)

+ Happy Halloween to al of you! I got to Skype home and see everyone’s costumes. Even saw a couple dozen kids dressed up here, which was kind of nice.

2 thoughts on ““Paris, I believe, is a man in his twenties, in love with an older woman.” -John Berger”